Last year, when my wife and I were in Maui for our Honeymoon, we went to a 3-hour variety show in downtown Lahaina, which included food + drinks, ghost stories, live music, comedy, and best of all, magic.

At first, I didn’t know what to expect.

But soon I was amazed by the star of the show:

A white haired entertainer named, Warren, who wow’d us with his world-class wit and improv ability. Plus, he had the slight of hand skills of David Copperfield.

He was the best showman I’ve ever seen.

And I could write bunches of emails on his performance skills alone.

But what made the experience extra special was that my wife and I got selected to sit in the “hot seats” up front and participate in the spectacle.

Now, I’m not going to reveal his secrets (98% of them fooled me despite my best efforts).

During the act, Warren asked members of the audience what they do for work.

So when he came around to me, I gave my boilerplate response and told him that I work in advertising.

Here’s what happened next…

WARREN: “What do you do in advertising?”

WARREN: “What kind of advertisements?”

ME: “Long-form infomercials that go for about 30 minutes to an hour and a half.”

WARREN: “What do you sell in these infomercials?”

ME: “Stansberry Research and several other publishers.”

Now typically, when I tell my friends that I write advertisements for financial newsletters, they have no clue what I’m talking about.

They’ve never bought a newsletter in their life.

And most don’t know the first thing about investing — let alone the nuances of stock valuations, behavioral economics, or central bank chicanery.

So I’ve developed the bad habit of being vague when I describe what I do.

But Warren was different.

His eyes didn’t glaze over at my job description.

Instead, he bursted with excitement at my response:

“You’re kidding,” he said. “I get some of Stansberry’s stuff!”

Then later, he brought it up again.

And he even asked the crowd if they’d heard of Stansberry Research too.

I was socked by how many people said, “Yes.”

And one guy shouted, “Porter [Stansberry] *goes* there.”

It was a situation I’m not used to.

But it reminded me of an important copy lesson that even *I* forget:

I’M NOT MY DEMOGRAPHIC.

Old. Rich. White. Male. And conservative (I could tell because he kept calling California the “Broke State”).

I just got to remember Warren the Magician and his crowd of card-carrying AARP members.

Because the buyers are out there.

Join my daily email newsletter and receive my latest sales tips BEFORE they're on the site... 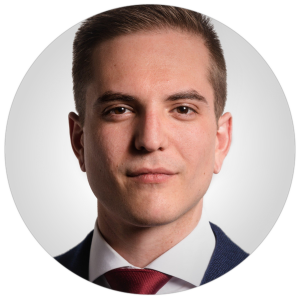 "Your daily emails have taught me more about how to write words that sell than many of the paid courses I've taken."

Jim Hamilton
Direct-Response Copywriter
"His emails are light, fun to read, and offer just the right amount of copywriting/biz goodness."

Daniel Watson
Email Copywriter
"Your emails are fantastic. One of the few that I subscribe to, read, and look forward to, daily."

Kenneth Turnbull
Direct-Response Copywriter
"I've gained so much insight on writing copy since subscribing to your email list."

Imani Spencer
Digital Content Creator
"I started reading because you were the most 'no bullshit' guy in the copywriting sphere."